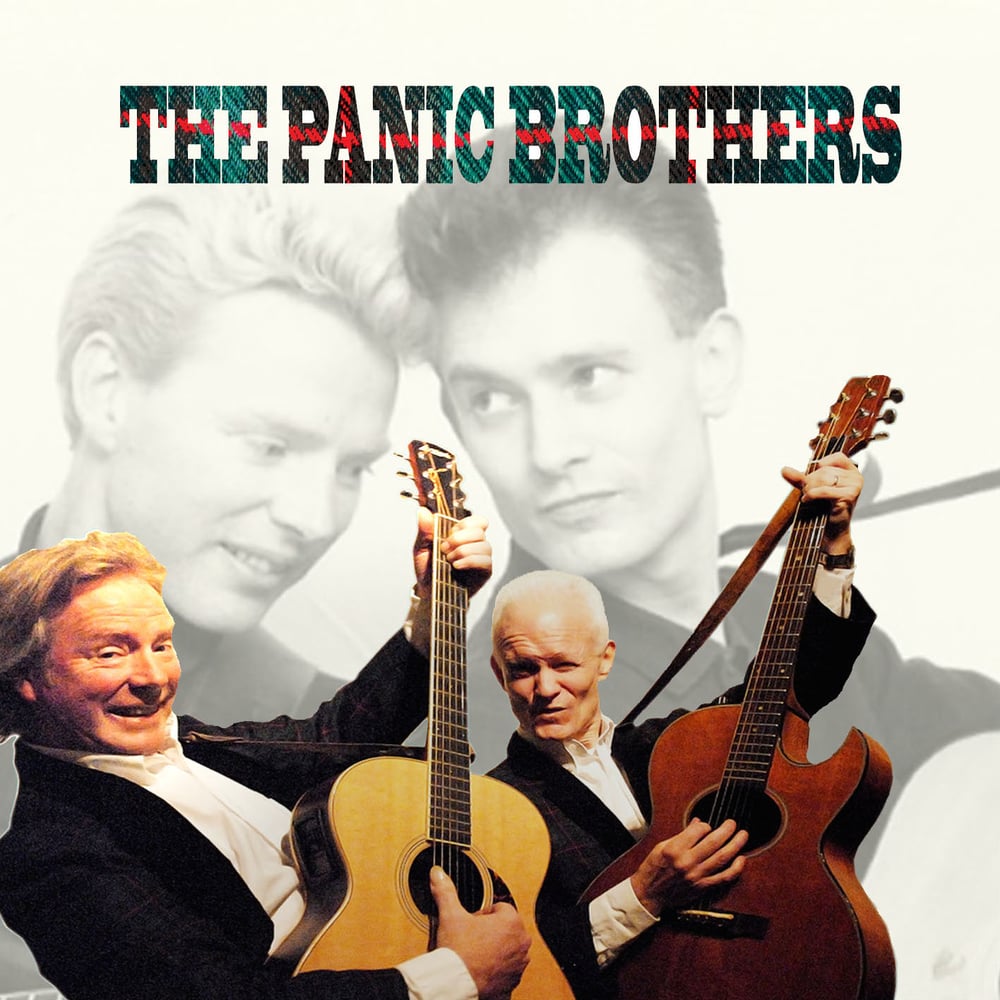 After a 25-year hiatus - the dynamic duo with they unique 'combination of witty songs, tight harmonies and powerful acoustic guitars' [Time Out] are back in action!
Formed in London in late 1985 by Richard Morton and Reg Meuross, they return to the stage more formidable than ever, and present this album of 12 Panics favourites: 10 songs originally released in 1987 as the LP 'In The Red', plus two bonus tracks recorded live at one of their earliest gigs. The Panic Brothers, London 2014.